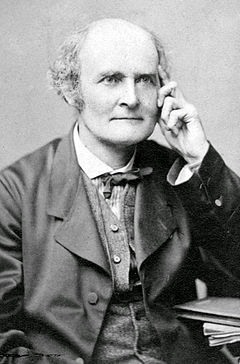 Around 1858 a British mathematician, Arthur Cayley, invented matrices and was instrumental in the development of determinants. He was a Cambridge University graduate and a lawyer by profession. His insights into matrices came as he studied theory of transformations. Arthur Cayley and two American mathematicians, Benjamin Pierce and Charles Pierce (Benjamin’s son) are credited with developing Matrix Algebra.

Matrix Basics and Definition of a Matrix 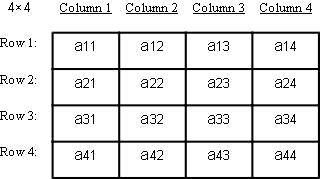 A Matrix is an array with each element organized by unique rows m and columns n, where m and n are integers. A matrix having m rows and n columns is said to have an order of m×n. Each element of an array can be addressed by its unique row and column subscript which forms a double subscript aij.

The purpose of an array is to organize data by some meaningful order. For mathematics the data is numerical and operations can be performed on the numerical data.

The term echelon refers to a stair-step pattern formed by non-zero elements of a matrix.

A Matrix in row-echelon form has five properties:

Two matrices that are in row-echelon form:

Two matrices that are in reduced row-echelon form:

Definition of a Determinant