The conics general formula of a quadratic equation in two unknowns is: 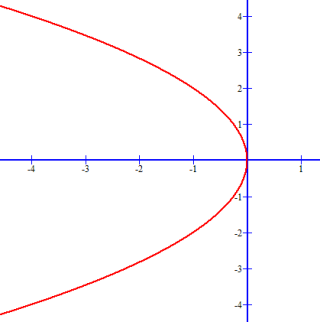 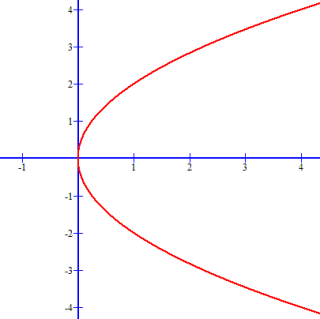 A parabola is defined as the locus of all points equidistant from a fixed point and a fixed line. The point is the focus of the parabola and the line is the directrix: 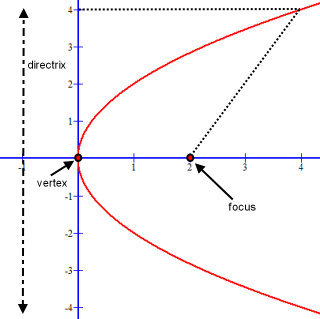 Standard Formula of the Equation of a Parabola:

By observing at the standard form of the equation we can determine the direction a parabola will open.

The value of p is the distance from the vertex to the focus of the parabola. A focus always lies on the axis of its parabola.
The equation y2 = 4px above indicates that p = +1 and so the focus is 1 unit to the right of the vertex at coordinate (1, 0).

Should the vertex of a parabola be a coordinate point other than (0, 0) then we can say the vertex is coordinate (h, k) and the standard equation can be written as: 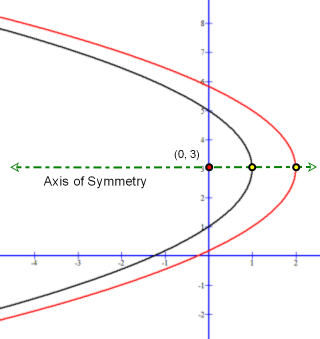 Equating the Parabola General Formula to the Standard Formula of the Equation:

There are Many Uses of Parabolas in Industry and Science. A few applications are: