Conic Sections, or simply Conics, were discovered during the Classical Greek Period, 600 - 300 B.C., as geometric properties; the intersections of planes and cones. During the 17th century the purpose of Conics expanded and provided significant insight to the early developments of Calculus mathematics. 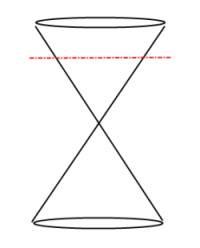 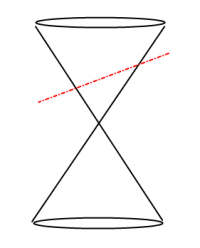 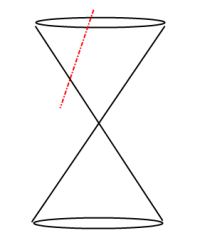 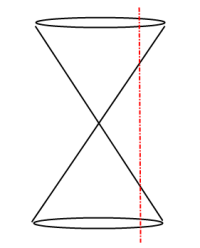 When a plane passes through the vertex of a double-napped cone the result is a Degenerate Conic forming a single point, line or two intersecting lines. 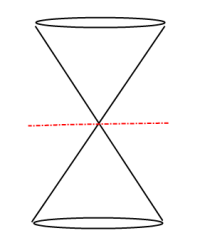 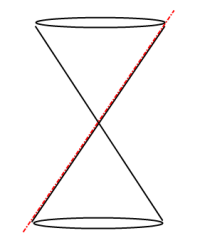 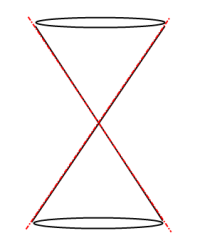 The algebraic definition of Conics is a general second-degree quadratic equation with two unknown variables x and y. It is from this general math definition that specific definitions for the circle, parabola, ellipse and hyperbola are produced:

We will also only consider equations with B = 0, thus eliminating the Bxy term gives us,

In textbooks and other reference material the Conics general math definition is often written as,

It is important to recognize that B is (re)used in the y2 term, the D and E coefficients are respectively replaced by C, D and the constant F is replaced by E.

While Conics can be studied from its geometric definition or its general math definition there is a third approach in which each conic section is defined as a locus (collection) of points that satisfy a certain geometric property. Going forward, it is from this perspective that we prefer to define each conic section.