The study of mathematics as a subject begins in the 6th century BC when the Pythagoreans originate the word mathematics. It is primarily derived from the ancient Greek word mathema meaning any study which a person may learn.

In ancient Greek writings other word variations exist including manthanein and manthanousin, and relate either to learning, someone who is learned or the manner of learning.

Ancient Greek philosophers endeared to an understanding of nature and its natural order. They were drawn to similarities and differences of natural objects and natural patterns. From this they embraced mathematics for its ability to describe the natural, especially as geometric patterns. 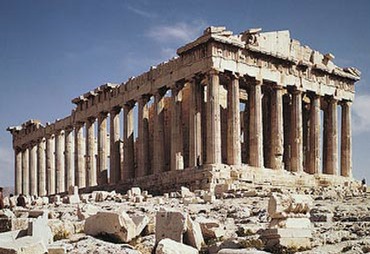 Parthenon of Ancient Greece has obvious geometric shapes and patterns.

Of importance was the suitability of mathematics to analytical methods. They saw mathematics as efficient, precise and exacting. As having an absolute purpose to describe and document aspects of the observed natural world and universe. This nicely fit their objective for accuracy. That mathematics itself could be studied, as pure mathematics, to reveal or uncover knowledge by logic and reason was seen as a unique and distinct quality.

Greek Methods were not limited to mathematics. Methods are processes, practices and structures defining a framework of something that has been or is being studied. A method describes something of importance and is used to document and inform. Methods are a means to facilitate or enhance understanding and knowledge. As importantly, the ancient Greeks also considered methods as to their purpose, the manner in which a method is used or applies.

To this day many scientific and academic discoveries depend upon analytical methods and mathematics founded by Ancient Greeks. 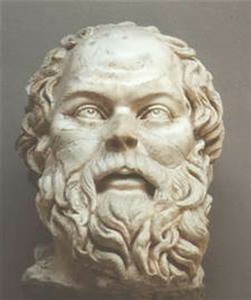 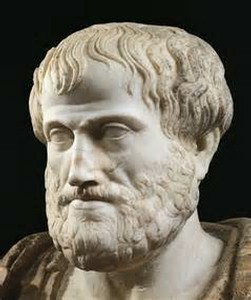 In Greek history, the importance of Plato is for his inspiring and guiding others, primarily from his academy. His importance is also from having a living relationship with Socrates and Aristotle.

During the 4th century BC Plato’s Academy in Athens became the mathematical center of the world. From this school leading mathematicians emerge, including Eudoxus.

At his academy Plato contemplates what developed into the foundations of math. He applied rigor to improve mathematical explanations by organizing assumptions based on deductive reasoning. From Plato’s work we attribute an analytic method, a formula for obtaining Pythagorean triples.

Socrates is recognized as a founder of Western Philosophy. Most of what we know of Socrates is from writings by his students, Plato and Xenophon.

One of Plato’s writings describes the Socratic Method of Socrates, a form of debate in use today. It is a type of pedagogy, an art or science of teaching in which a series of questions are presented to draw individual answers and encourage fundamental insight of issue. By quantity and quality the writings suggest that Socrates, as a teacher, influenced Plato’s philosophical thought. This influence could be considered as contributing to Plato developing his analytic methods. However, Socrates was not a mathematician.

Though Aristotle is not known for mathematical contribution he is often cited as the first genuine scientist.  He studied and described the physical world. Attempting to define gravity he drops a feather and rock, and observes the rock, as the heavier object, descends more quickly. He concludes that greater weight objects, heavier objects, fall at greater rate. This conclusion was incorrect, however survived until Galileo’s experiment in 1589 AD disproved Aristotle.

For Plato and Aristotle the goal was to realize ultimate reality which can be thought of as a pure and absolute understanding of something.

Plato believed the process to attain ultimate reality was by abstract contemplation using ideas or external forms knowable only through reflection and reason.

Aristotle believed ultimate reality could be discovered from physical objects, knowable through experience and study by detailed observation of physical world objects.

Plato and Aristotle each held adamant and strong self-conviction to their individualized perspectives. Their methods opposed, they fundamentally disagreed. As a result, frequent, long, intense and often loud arguments between Aristotle and teacher Plato erupted. However, within their disagreements is somewhat a virtual glimpse to years later when mathematical content categorically separates into the studies of pure and applied mathematics. 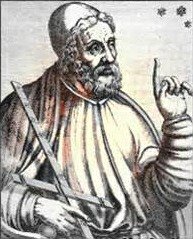 Eudoxus developed the mathematical Method of Exhaustion, a precursor of modern integral calculus. This method permitted calculation of area and volume for curvilinear figures.

He also developed a theory for ratios that avoid the problem of incommensurable magnitude that later assists major advancements in geometry.

Eudoxus never made a specific mathematical discovery, however he provided important contributions to developing the foundations of mathematical logic.

In the 3rd century BC, the premier center of mathematical education and research is the Museum of Alexandria. Unlike museums today, it was a cultural community gathering for scholars to pursue their study, research and experimentation. It is here Euclid wrote and taught Elements that introduced mathematical rigor by the Axiomatic Method: the axiom, theorem and proof.

Aside from the Axiomatic Method most other content of Elements was already known. What Euclid provided was subject content logically organized into a single coherent 13 volume set of texts.

The primary purpose of Elements was as a text book to impart theorems of Euclidean Geometry. It also introduced all mathematical subjects including number theory, algebra and solid geometry.

As a testament to its content many scholars today consider Elements the most influential text ever written. Its concepts are still taught as part of a geometry curriculum.

Euclid wrote extensively on conic sections, optics, spherical geometry, and mechanics. Unfortunately, not more than 50 percent of his writings survive. 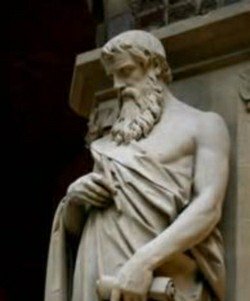 The 3rd century BC is the Golden Age of Ancient Greek Mathematics. It is from this period and forward that important contributions of trigonometry are recognized.

During the Golden Age advancements of pure mathematics dwindle and the applied mathematical studies of astronomy and science become primary.

Archimedes is considered the greatest mathematician of antiquity.

Archimedes studied the spiral (Archimedes Spiral) and obtained formulas for volumes of the parabolic ellipsoid and hyperbola. He formulated an ingenious system for expressing very large numbers.

While known for his contributions to physics and several advanced mechanical apparatus, Archimedes placed far greater value on his thought and general mathematical aptitude. He regarded his greatest achievement the mathematical proof for a relationship of surface area and volume of a sphere as two-thirds its surface area and the volume of a cylinder circumscribing the sphere. 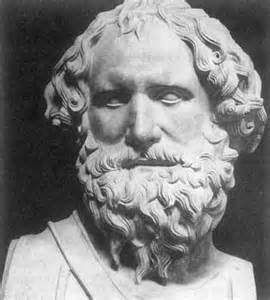 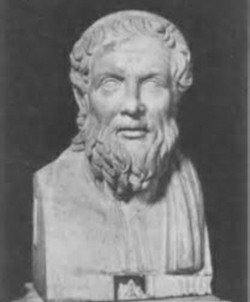 Apollonius made significant advances to the study of conic sections. He obtained three types by varying the angle of the plane cutting a double-napped cone. He named the conic sections: parabola (place beside), ellipse (deficiency), and hyperbola (a throw beyond). His Conics is one of the best preserved mathematical writings of Greek antiquity.

Apollonius derived many theorems concerning conic sections that later became invaluable to mathematicians and astronomers who centuries later studied planetary motion, including Isaac Newton. Apollonius and other Greek mathematicians did not introduce coordinate systems of today’s analytical geometry though some of their works look as if to anticipate development of Rene Descartes’ analytical geometry in 1637, nearly 1800 years later.

Hipparchus, 190 - 120 BC, is considered the father of trigonometry for compiling the first trigonometric table and systematic use of the 360 degree circle.

Heron (or Hero), 10 - 70 AD, is credited with Heron's Formula for finding the area of a scalene triangle and being first to recognize the possibility that a root number for a number squared could be negative, that a negative number multiplied by itself would be positive: (-2) (-2) = +4

The period between 250 and 350 AD is the Silver Age of Ancient Greek Mathematics. During this period Diophantus made significant advances in algebra, particularly indeterminate analysis. It is known as Diophantine Analysis. A Diophantine equation and a polynomial are one and the same.

After this period of ancient Greece its scientific and mathematical innovations cease.