History of Mathematics
Contributions of Civilizations

The history of mathematics is primarily an investigation of discoveries. The mathematical sciences define numbers, their operations, interrelations, combinations, generalizations, abstractions and spatial configurations. Today there are several branches of mathematics including Algebra,Trigonometry, Geometry, Calculus and Statistics.

Math history begins with the earliest exchange of items between individuals or tribes. They learned what items had value to others and used barter to agree on specific items. The number of items exchanged was small and the frequency of meeting limited, possibly seasonal or annual. They probably used fingers, hands and simple gesture until agreement was reached for item exchange. There wasn’t another method to represent item quantity without the presence of the physical items.

As populations grew and were no longer nomadic the number of different items exchanged increased. People began living in larger groups and common market areas where they met became accepted locations. Using barter they implemented methods of tally that placed exact value one item has to another item based on quantity. They began to identify quantities by unique words and represent item quantities using rocks, shells or similar natural markers. The natural markers created symbolic relationships to provide a quantitative value of one item relative to other items. This system of quantification by count could be applied to many objects and items to determine cost relationships of those goods.

Historically, the oldest known mathematical object is the Lebombo Bone, discovered in the Lebombo Mountains of Swaziland and is dated to approximately 35,000 BC.  It consists of 29 distinct notches cut into baboon fibula.

Other ancient mathematical objects include: 1) Pre-dynastic Egyptian pictorials of the 5th millennium BC that represent geometric shapes, 2) Megalithic monuments in England and Scotland from the 3rd millennium BC that incorporate geometry as circles, ellipses and Pythagorean Triples in their structure. These mathematical objects and pictorials all lack sufficient evidence to conclude there existed a number system having unique symbols or digits.

The earliest evidence of written mathematics dates to ancient Sumerians of the Mesopotamian civilization. About 3000 BC they developed a system of measurement. From around 2500 BC onward the Sumerians wrote multiplication tables on clay tablets, dealt with geometrical problems and numeric division. The clay tablets clearly display discrete mathematics. Earliest Babylonian numerals of Mesopotamia date to this time period.

Most scholars agree discrete mathematics as an organized science did not exist before the classical Greeks, 600 to 300 BC. Greek mathematics greatly refined mathematical methods by introducing deductive reasoning, proofs, and expanding subject content.

The Hindu-Arabic numeral system and rules for use of its operations, used throughout the world today, likely evolved over many years during the first millennium AD in India and spread westward by Islamic's. Islamic peoples, in turn, developed and expanded the mathematics known to civilizations. Many Greek and Arabic mathematic texts were translated to Latin which provided content for expansion of mathematics in Medieval Europe.

The history of mathematics from ancient times through the Middle Ages can be described as sudden bursts of creativity followed by centuries of stagnation. During the 16th century Renaissance Italy began mathematical development that interacted with new scientific discoveries at a quickening pace. This increased pace and interaction of scientific development combined with mathematics continues to the present day throughout many parts of the world. Only during the past century or two has mathematics been available to many. 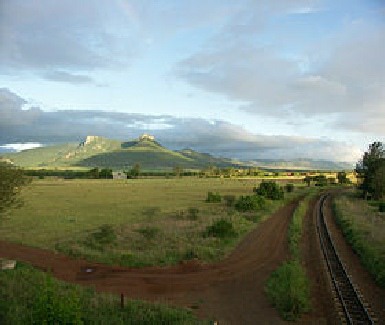