Using Cramer’s Rule to Solve a System of Linear Equations 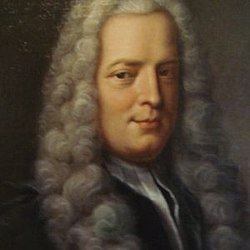 Cramer’s Rule, named for the Swiss mathematician Gabriel Cramer, requires the understanding of determinants to solve a system of linear equations.

If the determinate equals zero Cramer’s Rule does not apply and the system of linear equations has either; 1) No solution, represented geometrically as parallel lines, or 2)  Has infinite solutions, where at every point the equations represent the same line.

Cramer’s Rule for Solving a 2×2 System:

To determine a mechanical procedure for solving a system of two linear equations in two variables observe:

The determinate of the denominator has the coefficients of x and y as they are in the original equations. Call this the Determinate D:

The determinate of the numerator, Dx, is obtained from D by replacing the a’s (coefficients of x) by the corresponding k’s:

Similarly it can be shown that Dy, the 2×2 determinant obtained from D by replacing the b’s (coefficients of y) by the corresponding k’s is:

The unique solution to the linear equation system is (11, 14).