History of Mathematics
During Medieval and Renaissance European Periods

Medieval European interest in math differs with those of modern mathematicians. They believed mathematics provided the basis to understand the created order of nature justified by Plato's Timeaus that presents an elaborately wrought account formation of the universe and by biblical passage in the Book of Wisdom that God had ordered all things in measure, number and weight.

The 14th century saw development of new mathematical concepts. One important contribution was development of mathematics of local motion. Thomas Bradwardine proposed that speed, V for velocity, increases in arithmetic proportion as the ratio of force, F, to resistance, R, increases in geometric proportion. Bradwardine expressed a series of specific examples and although logarithms were not yet available we can express his conclusion as V = log (F/R). 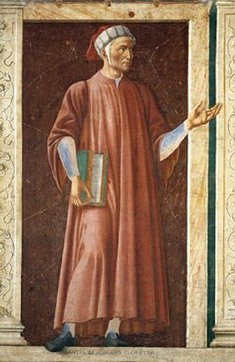 During the Renaissance, development of mathematics and accounting interwove. Teaching of subjects and books published was often for children of merchants sent to reckoning schools where they learned skills useful for trade and commerce. Luca Pacioli's Summa de Arithmetica, Geometria, Proportioni et Proportionalita (Review of Arithmetic, Geometry, Ratio and Proportion) was first printed and published in Venice, 1494 AD. It included a 27 page treatise on bookkeeping; Particularis de Computis et Scripturis (Details of Calculation and Recording). It was primarily for merchants as a reference text, a source of pleasure from mathematical puzzles and to aid the education of their sons. In his book Summa Arithmetica, Pacioli introduced symbols for plus and minus that became standard notation of Italian Renaissance mathematics. Summa Arithmetica was the first book printed in Italy to contain algebra. Pacioli borrowed much of the work of Piero Della Francesca.

In Italy, during the first half of the 16th century, Scipione del Ferro and Niccolò Fontana Tartaglia discovered solutions for cubic equations. Gerolamo Cardano published them in his book Ars Magna, 1545 AD, together with a solution for the quartic equations (equations of the 4th degree) discovered by his student Lodovico Ferrari. In 1572 AD Rafael Bombelli published his L'Algebra demonstrating perspectives with imaginary quantities that could appear in Cardano's formula for solving cubic equations.

Driven by the demands of navigation and a growing need for accurate maps across larger geographic areas trigonometry became an important branch of mathematics. Regiomontanus's table of sine and cosine was published in 1533 AD. Bartholomaeus Pitiscus was first to use the word trigonometry in his Trigonometria, 1595 AD.

During the Renaissance the desire of artists to represent the natural world realistically, together with the rediscovered philosophy of the Greeks, led them to study mathematics. Many were scholars, the engineers and architects of that time who needed mathematics. The art of painting by perspective and the geometries required were studied intensely.